The Most In-Demand Programming Languages of 2018! 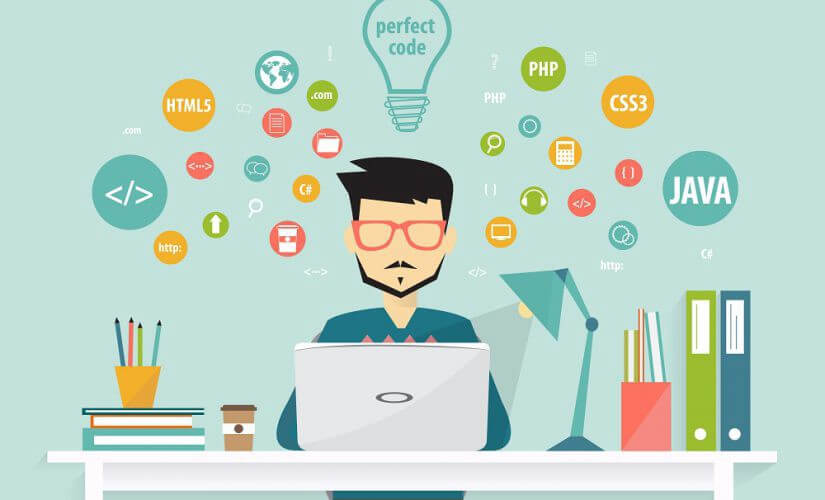 A programming language is a set of commands given to the computer for it to carry out various tasks. It is basically the grammar that a computer needs to follow to create different programs.

Now, let us have a look at the most used programming languages of 2018 (in random order)!

JavaScript is easily one of the most used programming languages of not only 2018, but of the years before that as well. According to an article on Full Stack Academy, JavaScript is the most used language for six continuous years including 2018. As per Coding Dojo, it is used by more than 95% of websites and 80% of developers and its popularity is not expected to diminish anytime soon.  Most of the popular websites, including Facebook, Twitter, YouTube use JavaScript to develop attractive display and web pages for the users.

Java is one of the oldest programming languages with more than 20 years of stay in the computer world and gazing by how popular it is, it is not going away for a long time to come. Although there was a sudden decline in its popularity this year with around 6000 fewer job postings compared to the previous year, it is still one of the most popular programming languages in the world.

The best thing about it is that one can write it on any computer and subsequently it can be run anywhere with a Java Virtual Machine. Java is mostly used to develop Android apps. Also, according to Coding Dojo, 90% of Fortune 500 companies use Java for backend development.

Python is one of the most beginner-friendly programming languages out there. Just like Java, it is clear and easy-to-understand which makes it a great option for the beginners. According to Coding Dojo, its popularity rose by around 5,000 job postings since 2017. It has numerous data applications which make it a great choice for the developers. The most popular Python libraries are NumPy, SciPy, OpenCV, PyTorch which are used for scientific computing, machine learning, image processing etc.

C++ is a successor of the old but still relevant programming language, C. Although C++ is not as easy as Java or Python, it is still quite popular for game development as well as for developing higher level and complicated applications. It has many of the same benefits of its predecessor C and is considered to be a great option for video games and graphics.

PHP is one of the most popular server-side scripting languages. Its popularity has, in fact, increased considerably from last year that is 2017. PHP is used to manage the content in WordPress to make the system more user-friendly for the common people.

It also increases the functionality of the HTML pages as well as makes interaction with MySQL databases easy.  Popular websites like Facebook, Yahoo etc use PHP as a back-end tool. Just like Java and Python, it is user-friendly and a suitable option for those who are new at web developing.

Ruby is a programming language meant for web development. It is a starting point for the popular web app framework, Ruby on Rails. People often join the Ruby community because everyone in that community is known to be nice and helpful. Businesses like Airbnd, Twitter, Shopify have all used Ruby on Rails. Also, to use Ruby on Rails, you must have a good command over JavaScript for you will need it as you proceed further.

Unlike Java or PHP, Rust is not an easy programming language to master. However, its popularity is still growing by leaps and bounds as most of the developers who have used it wanted to continue with it. It brings in security and speed to programming. It puts emphasis on safety and doesn’t let the programs get access to segments of memory that they mustn’t. Renowned companies such as Coursera and Dropbox are known to use it.